Some of the great New York–based magazines were “C,” Fuck You/ a magazine of the arts, Mother, Angel Hair, The World, 0 to 9, Lines, and Adventures in Poetry, all born in the turbulent literary and social atmosphere of the East Village in the 1960s. Ed Sanders came from Kansas to study classics at NYU. Poet, editor, publisher, bookstore owner (Peace Eye), singer/songwriter (founding member of the Fugs), political activist, and relentless archivist, Sanders founded Fuck You/ a magazine of the arts in 1962. Unabashed and unashamed on every front, Fuck You reveled in an attitude best described by William Blake 150 years before: “Energy is eternal delight.” Fuck You published the likes of Charles Olson, Lenore Kandel, Carol Bergé, Ted Berrigan, Tuli Kupferberg, W. H. Auden, and Ezra Pound. The energy and ethos of the magazine is vividly expressed in the following statement: “Fuck You: A Magazine of the Arts is edited, published, zapped, designed, freaked, groped, stomped, & ejaculated by Ed Sanders at a secret location in the lower east side, New York City, U.S.A. ” Almost sixty years later, it is still completely original and a total delight. Mother was edited by several different poets, including David Moberg, Jeff Giles, Peter Schjeldahl, Lewis MacAdams, and Duncan McNaughton, from such diverse locations as Northfield, Minnesota; Galesburg, Illinois; New York City; and Buffalo, New York. Yet it was always associated with the New York School and published work by such poets as John Ashbery, Bernadette Mayer, Ed Sanders, John Wieners, Tony Towle, Kenneth Koch, and Joe Ceravolo, and artwork by Les Levine, Andy Warhol, and Joe Brainard, among others. Issue 7 included the infamous interview with John Cage conducted by Ted Berrigan. Actually, Berrigan was responsible for both questions and answers, most of which were appropriated from other sources, a circumstance that caused some embarrassment when the interview was honored with a cash award from The National Literary Anthology. 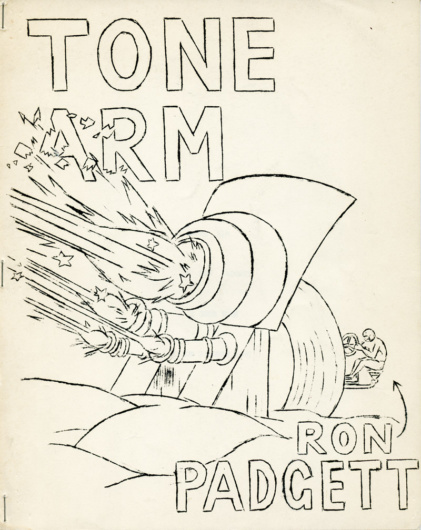 Ted Berrigan, in many ways the focal point of the East Village literary outburst, arrived in New York from Tulsa in late 1960 (or early 1961), having completed his master’s thesis on G. B. Shaw. While in the army, he had learned to operate the mimeograph machine, a skill that would serve him well. The first issue of “C” was published by Lorenz Gude in May 1963—the contributors were editor Berrigan and his three best friends, all from Tulsa: Ron Padgett, Dick Gallup, and Joe Brainard. “C” was preceded by the one and only issue of a mimeographed magazine entitled The Censored Review, which published poems by Berrigan (“I Was Born Standing Up”), Jonathan Cott, Dick Gallup (“Ember Grease”), Nancy Ward, and David Omer Bearden, and the very long and anonymous “Eli’s Story” about a group of characters who were “All orbits in Brian Benedict’s universe.” In 1963, “C” published the Edwin Denby issue with a cover by Andy Warhol. Berrigan’s breakthrough book, The Sonnets, was mimeographed and published by “C” Press in 1964. Ron Padgett edited the work and typed the stencils.

Among the other early mimeograph publications of the East Village were several collaborations: Some Things (a collaboration late in 1963 between Berrigan, Padgett, and Brainard) and Seventeen (plays by Ted Berrigan and Ron Padgett, and by the two in collaboration, 1964). In the early years, Berrigan and Padgett were the best of friends, and their combined talents were crucial ingredients in the emerging scene. Padgett’s high school experience in Tulsa editing the White Dove Review proved invaluable. His wisdom and learning mixed with Berrigan’s enthusiasm and energy to provide an atmosphere of friendly competition and collaboration that inspired and encouraged other poets and writers throughout the ’60s.

Lines was edited by Aram Saroyan and, like 0 to 9 (edited by Bernadette Mayer and Vito Acconci), published works somewhat more visually and conceptually based than many of the other literary magazines of the period. The World, the magazine of The Poetry Project, was first published in 1967. Mimeographed at St. Mark’s Church in-the-Bowery, it has long been a cohesive, unifying element in the downtown New York literary scene and has always been identified with a broad range of new and interesting writing. The final issue—the fifty-eighth—was published in 2002. Angel Hair was born at Robert Duncan’s reading at the Berkeley Poetry Conference, where Anne Waldman and Lewis Warsh first met. They edited six issues of the magazine and a series of books. Larry Fagin moved to New York from San Francisco, where he was associated with the Spicer circle. His eclectic Adventures in Poetry published both the magazine and a series of books.

It is interesting to note that, at least for a short while, trade publishers in New York and elsewhere did take considerable interest in the new writing. A great many anthologies of new and experimental poetry were published, including The World, Another World, An Anthology of New York Poets, and Naked Poetry, to name a few. Also, a significant number of books by individual writers—including Anne Waldman, Tom Clark, Carol Bergé, Joel Oppenheimer, Clark Coolidge, Lewis MacAdams, Michael Brownstein, Ron Padgett, and Dick Gallup—were published in the late ’60s and early ’70s by the likes of Bobbs-Merrill and Harper & Row. 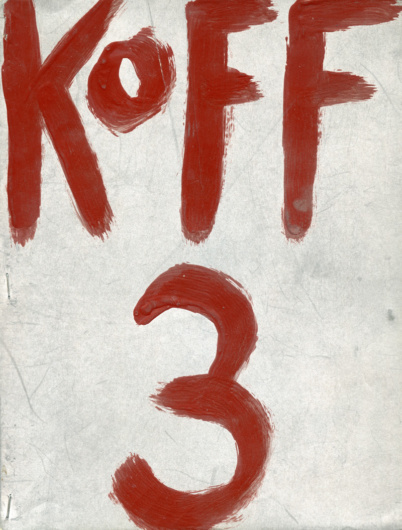 The third generation of New York School writers emerged at roughly the same time that the poets associated with language writing began to be identified as a group. The magazine United Artists served to a great extent as a bridge between the generations, publishing many of the newcomers to the scene alongside the more established members of the St. Mark’s school. United Artists was also in many ways the apotheosis of the mimeograph magazine, spectacular in its simple design (the first twelve covers were simply tables of content), adventuresome in its combination of the personal and the experimental, and pioneering in the publication of journal and diary entries. The third generation was largely based at The Poetry Project, and much influenced by teachers there such as Ted Berrigan, Alice Notley, Lewis Warsh, and Bernadette Mayer. In the mid to late ’70s and early ’80s, East Village magazines and presses such as Mag City, Frontward Books, 432 Review, KOFF, Tangerine, Ghandhabba, Ladies Museum, and Dodgems published writings by Greg Masters, Ed Friedman, Eileen Myles, Susie Timmons, Tom Weigel, Michael Scholnick, Maggie Dubris, Jeff Wright, Simon Schuchat, Elinor Nauen, and Gary Lenhart, among others who identified with and extended the heritage of the New York Schools. A similar scene developed in the Los Angeles area with the Beyond Baroque reading series in Venice, and many of its trends can be seen in the magazine Little Caesar, which further blurred the lines between literature, music, and the visual arts. Fuck You/ a magazine of the arts, edited by Ed Sanders

“C,” a Journal of Poetry, edited by Ted Berrigan

Ted Berrigan’s The Sonnets published by “C” Press; it was reissued by Grove in 1967 and again by United Artists in 1982

Carol Bergé’s The Vancouver Report published by Fuck You

Tom Clark becomes poetry editor of The Paris Review, his editorship continues through 1974

The World, edited by Joel Sloman, Anne Waldman, and others

0 to 9, edited by Bernadette Mayer and Vito Acconci

Bernadette Mayer’s Story published by 0 to 9

Larry Fagin’s Parade of the Caterpillars published by Angel Hair

Clark Coolidge’s Ing, with a cover by Philip Guston, published by Angel Hair

Lewis Warsh’s Dreaming as One published by Corinth Books

The Poetry Project Newsletter, edited by Ron Padgett and others