Other Places (Chicago, Michigan, Ohio, Rhode Island, Iowa, and Beyond)

The literary climate in the Midwest began to heat up in 1958 when The Chicago Review, as its Spring number, presented an issue devoted to the San Francisco Renaissance. This included a chapter from the then-unpublished Naked Lunch by the notorious William S. Burroughs, as well as work by Duncan, Ginsberg, Ferlinghetti, McClure, and others. Editors Irving Rosenthal and Paul Carroll gathered and published more such “Beat” material in the Autumn 1958 issue. As they prepared the Winter issue, the Chicago Daily News published an article entitled “Filthy Writing on the Midway”; as a consequence, that issue was suppressed by a cowardly administration, galvanizing and energizing the literary underground.

Carroll and Rosenthal, along with a half dozen other editors, resigned from The Chicago Review. With the suppressed material they founded Big Table (so named by Jack Kerouac in a telegram: “CALL IT BIG TABLE”). The first issue, which featured Kerouac, Dahlberg, and Burroughs, was impounded by the US Post Office. The ACLU challenged the Post Office in a hearing presided over by Judge Julius S. Hoffman, who later presided over the Chicago Seven conspiracy trial. Judge Hoffman followed Judge Woolsey’s decision regarding Joyce’s Ulysses, and Big Table continued publishing through five issues. The aura, even the glamour, of censorship helped to increase its distribution, and its audience consequently grew significantly. Like Evergreen Review, Big Table was crucial in bringing the underground to those of us waiting in the wings in small-town America.

(Three editors of the geographically distant Northwest Review at the University of Oregon, in Eugene, were to face this same issue later, when their publication was suspended by the university after the publication of eight poems by Philip Whalen and work by Antonin Artaud in its Fall 1963 issue. Also included were an interview with Fidel Castro and a portfolio of photographs of contemporary Cuba. Like their fellows in Chicago, the group, led by editor Edward Van Aelstyne, started their own periodical, entitled Coyote’s Journal, which, in its first three issues, used material gathered for the Northwest Review.) Other important Chicago periodicals and presses of the 1960s and ’70s included Alice Notley’s Chicago, Art Lange’s Brilliant Corners (which, in addition to poetry, printed writings on improvisational jazz), the Surrealist/anarchist/leftist-oriented Black Swan (still in operation), Yellow Press, and Milk Quarterly, principally edited by Darlene Pearlstein with Bob Rosenthal, Peter Kostakis, and Richard Friedman. Interestingly, some of the poets in Chicago were taught how to use the mimeograph machine in the 1960s and ’70s by Ted Berrigan on one of his visits to Chicago or during teaching stints at Northeastern.

Other activities in the Midwest included the Artists’ Workshop Press in Detroit, which published (often in broadside format) work by such poets as George Tysh, John Sinclair, and John Wieners. The use of colored “construction” papers (of the sort favored by grade school teachers) was a particularly distinctive characteristic of this press, which also cultivated a sort of hard-core working-class aesthetic. Dudley Randall’s Broadside Press of Detroit was very important for the Black Arts Movement during the late ’60s and ’70s and published a great many writers, including Gwendolyn Brooks, Sonia Sanchez, and Sterling Brown. Ken and Anne Mikolowski’s The Alternative Press, also of Michigan, has published an avalanche of interesting work over the past thirty years, most of which has taken the form of broadsides, postcards, bookmarks, bumper-stickers, and other ephemera. In 1971, they began to issue annual packets of printed matter by subscription, the announcement for which carried the slogan “Art Poetry Melodrama.” Artists and writers published include Faye Kicknosway, John Sinclair, Ted Berrigan, Allen Ginsberg, Robert Creeley, Jerome Rothenberg, Lewis Warsh, Tom Clark, George Tysh, William Wantling, Joel Oppenheimer, Robert Bly, Philip Guston, and others.

Search for Tomorrow 1 (1970), edited by George Mattingly in Iowa City.

Burning Deck (as in “the boy stood on the”) began as a literary magazine in Ann Arbor in 1961. Three issues were published in Michigan before editors Keith and Rosmarie Waldrop moved to Durham, Connecticut, where the fourth issue came out. Material for a fifth issue was gathered but never published. In 1968, the editors moved to Providence, Rhode Island, the city where Clark Coolidge had earlier copublished his influential magazine Joglars. Burning Deck has published numerous books and broadsides, primarily by younger writers, and is generally recognized as one of the most important and interesting literary presses publishing in English. Its books are often designed and printed by the editors by letterpress. It is interesting to note that letterpress, previously the mark of more upscale publishing with a distinctly mainstream flavor, was then in the process of undergoing its own revolution. As photo-offset became the standard in commercial printing, the letterpress machines became available for next to nothing. Poets like the Waldrops picked them up cheaply and produced works very much in the spirit of those working with mimeo, thus transforming letterpress aesthetics into the service of the revolution. The Waldrops are both accomplished writers and translators with wide-ranging tastes. Over the years they have published works by John Heath-Stubbs, Bruce Andrews, X. J. Kennedy, Rochelle Owens, Mark Strand, Ron Silliman, Edwin Honig, Lisa Jarnot, Marcia Southwick, William Bronk, Lyn Hejinian, and Barbara Guest, among others. In 2017, Burning Deck will publish its 247th title.

465: An Anthology of Cleveland Poetry published the work of T. L. Kryss, Russell Atkins, Grace Butchert, d.a.levy, and others. d.a.levy was an important catalyst in Cleveland on several fronts. His aptly named Renegade Press (later 7 Flowers Press) produced some fifty volumes of levy’s work, much of which takes the form of amazingly beautiful and prescient concrete poetry (see, for example, fortuItOns motHeRFuCer (with Kent Taylor), Zen Concrete, and The Tibetan Stroboscope). levy also edited several anthologies, serials, and magazines, including The Buddhist 3rd Class Junkmail Oracle and the Marrahwannah Newsletter. As Ed Sanders later said of Ted Berrigan and Paul Blackburn, levy “lived it 24 hours a day” and he paid a heavy price. levy was arrested and jailed along with Jim Lowell (proprietor of the great Asphodel Bookshop, a welcoming home for new poetry for over thirty years) on charges of distributing obscene material. One of the truly unique and authentic spirits of the mimeo revolution, levy became famous as the poetry world gathered in his support, but in 1968, at the age of twenty-six, he committed suicide.

Ray DiPalma began publishing, among others, writers associated with scenes in Iowa City and around The Poetry Project in New York in his magazine Doones in 1969 out of Bowling Green, Ohio. A considerable range of poets such as Ted Berrigan, Merrill Gilfillan, Ted Greenwald, Darrell Gray, Anselm Hollo, Robert Kelly, James Tate, Bill Knott, Ron Silliman, and Larry Fagin published in Doones as well as in DiPalma’s series of booklets and one-shot “supplements” such as Painted Horse and Shelter. DiPalma moved to New York in the mid-’70s. He has been associated with language writing since the beginning and has published many impressive volumes of his own work under such imprints as Sun & Moon, Segue, and Burning Deck.

Whether because or in spite of the University of Iowa Writers’ Workshop, a vibrant literary scene developed in Iowa City during the late ’60s and early ’70s. Ted Berrigan and Anselm Hollo were both in residence as teachers at the famous workshop for a spell, but probably wielded greater influence in the bars and cafes off campus. More than thirty small presses and magazines sprouted up during the period. Among the most interesting were This, Toothpaste (later Dental Floss), Gum, Hills, Matchbook, Search for Tomorrow, Blue Wind Press, Poetry Comics, and The Spirit That Moves Us. A genuine “movement” evolved, and Darrell Gray’s articulate and rousing manifesto of “Actualism” appeared in Gum 9 (January 1973). It begins, “Actuality is never frustrated because it is complete.” And ends, “Why belabor the impossible?” The Actualist Anthology appeared in 1977. Toothpaste was edited by poet and printer Allan Kornblum. Dave Morice (a.k.a. Dr. Alphabet, a.k.a. Joyce Holland) has been an important poet and teacher in Iowa City since the mid-60s. His magazines and books continue to stretch the limits of language (and publishing) in subtle ways. Matchbook, for instance, was a magazine of one-word poetry, and each copy was stapled to the inside of a found matchbook. “Joyce Holland” edited The Alphabet Anthology in 1973. Contributors to this anthology of one-letter poetry include Bruce Andrews (“O”), Larry Eigner (“e”), and Bernadette Mayer (“n”). Morice began publishing his Poetry Comics in 1979, and Simon & Schuster later published (and then remaindered) a collection of this excellent work. Interesting magazines and presses flourished throughout the country as a network of literary publications kept far-flung poets and writers in contact with one another. Fine work could be found in Margins (which published reviews and writings on poetics), Grist (established in Kansas in 1964 by John Fowler), Quixote, The Wormwood Review, Io, Truck, Suck-Egg Mule, Duende, Wild Dog, The Fifties, The Sixties, and The Outsider. The Outsider represents an extreme act of publishing and deserves special mention. Edited and published in New Orleans by Jon Edgar and Louise “Gypsy Lou” Webb, The Outsider was lavishly (one imagines even maniacally) produced by letterpress with a wide range of interesting and unusual materials. Yet in spite of its formal sophistication, it still manifests the indomitable spirit of the mimeo revolution by virtue of its devotion to such writers as Charles Bukowski and Kenneth Patchen, both of whom were recipients of the “Outsider of the Year” award. Other contributors to this “book periodical” were Robert Creeley, Douglas Woolf, Gary Snyder, Larry Eigner, William S. Burroughs, Michael McClure, and Barbara Moraff. 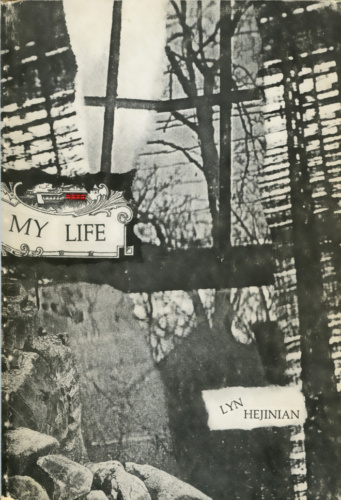